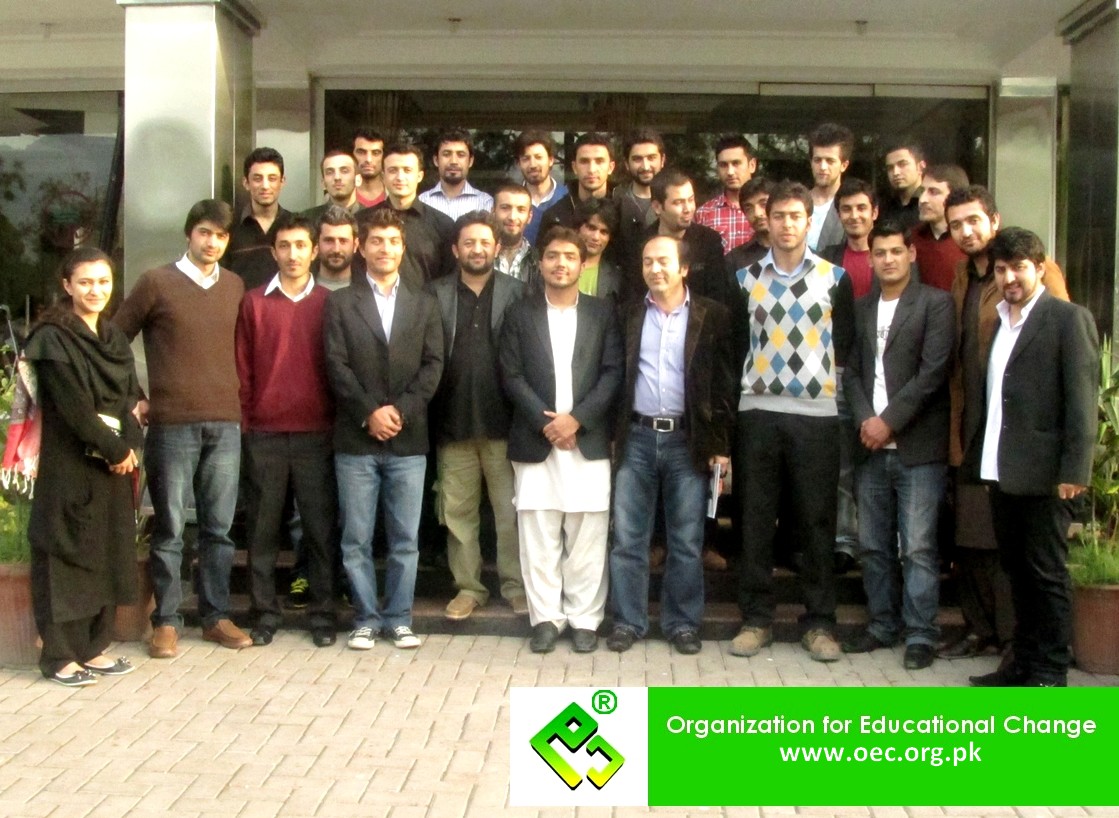 The 3rd Annual Meeting of Organization for Educational Change was held in Islamabad on Sunday 24th, 2013. The Annual Meeting is held each year in February. The event includes elections for new executive body, review its previous year’s achievements, project coordinators present previous working reports,  President presents annual report of his tenure and an open floor discussion where goodwill partners review OEC’s performance and give new ideas. The event also gives an opportunity to newly inducted members to introduce themselves and know the overall working of the organization. This ensures a smooth transition between old and new heads of projects and other members.

Objectives of the Meeting and gathering:

The event started with recitation of a few verses from the Holy Quran. The timeline of the event is as under:

32 people participated in the Annual Meeting including the goodwill partners and newly inducted members. Talking to the participants, Mr. Jibran Ali Hayat, the out-going President presented an overview of the whole year. Under his leadership, OEC was registered with Government of Pakistan as an NGO. The participants appreciated Mr. Jibran Hayat’s and the executive committee’s dedicated voluntary services for OEC. Mr. Syed Naveed Shah was elected President while Mr. Imran Ahmed Hunzai was elected the Vice President of Organization for Educational Change for the year 2013-14. Prior to the elections, Mr. Ameen Naubahar Rafi was selected the Chairman of M&A Council. The oath taking ceremony was followed shortly after the new appointments.