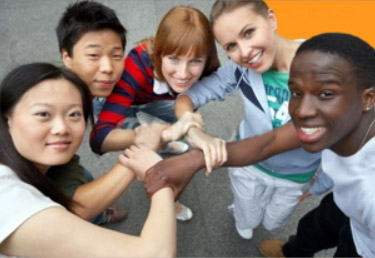 Media has enormous capacity to shape values of world; I would call media a global force if used with responsibility. If I am not wrong Pakistan is the only country where News channels are more and have high market share then entertainment channels. Freedom of media is quite young in Pakistan it’s just been a decade that our nation has the choice of watching private Pakistani channels apart from state run television channel PTV. Over the decade it has certainly made itself a fourth pillar of our country. But it has certainly lacked the responsibility in terms of fostering religious tolerance and promoting media pluralism and content diversity. It certainly to some extent fostered democratic values as compared to past. What we are seeing in our media regarding the neighboring countries or countries around the world is very narrow of spectrum of content. For instance we come to know about any missile development in India, China or USA. We hardly to come to know about the cultural heritage, rituals, development in education sectors or any information that could benefit the society in general. If we look at western media it has also shown a very limited window to audience especially regarding the Muslims world.

Western media has certainly added further vacuum to understanding between east and west. Majority of news channels have reported only on the militancy, radical Islamic views of certain groups. Due to which a general perception about the Muslim world is related to “terrorism”, which indeed a real issue but what we are lacking here is the enormous diversity within Ummah , cultural , tradition , philosophy and architecture could be used to bridge the gap , to foster the sense of trust and hope between two poles. Focusing on terrorism issues will only create more gape and consequently endanger the global peace. What we need is a “Responsible Leadership” both in East and West. That will look to foster pluralistic content across globe. A leadership that include common cause for the humanity apart from having corporate and commercial interests.