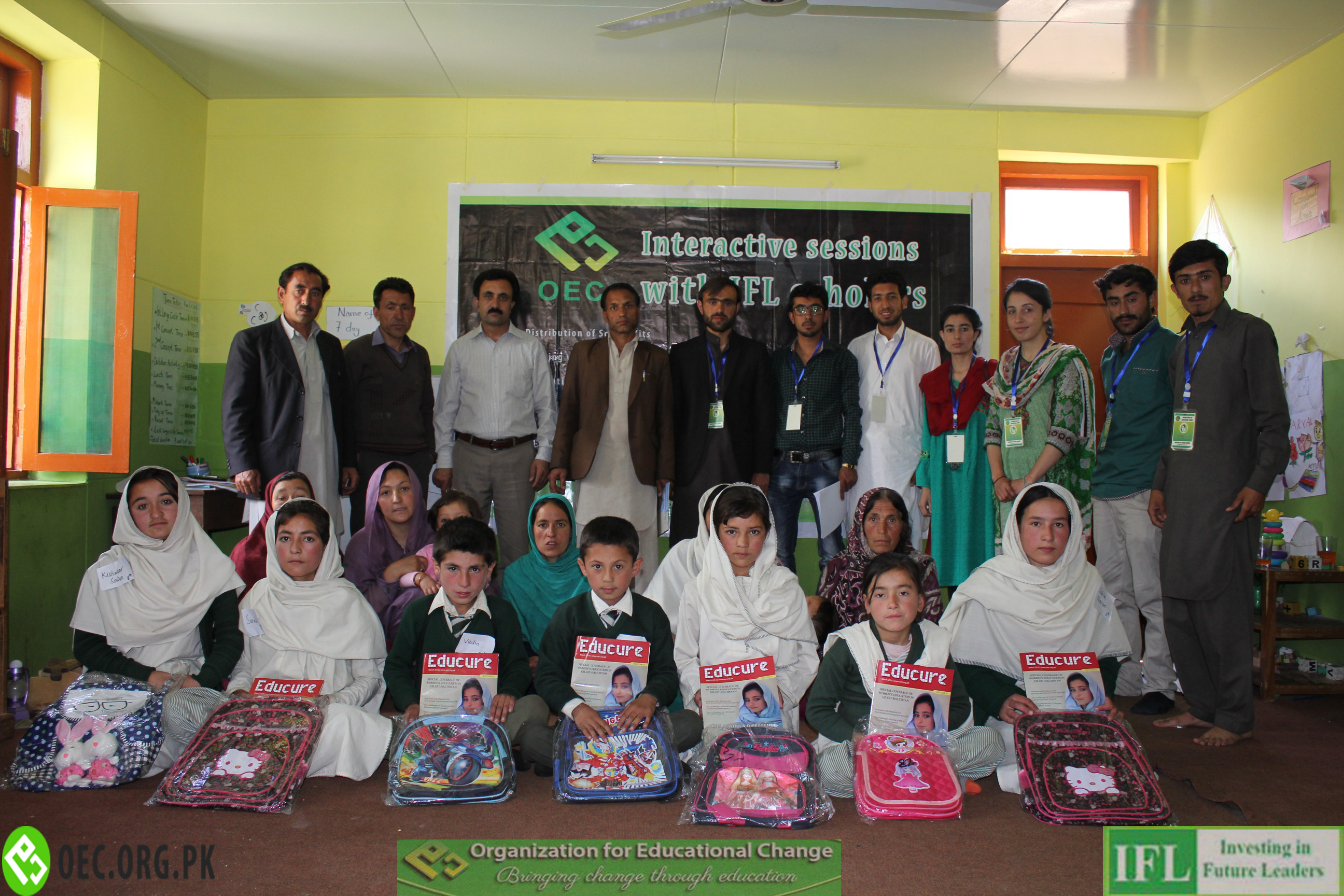 Team OEC, along with the president, paid a 2-day visit to Yaseen from 13 May to 15 May 21, 2017, to meet IFL scholars. During their visit, the team accomplished a number of tasks. They distributed educational kits among the students including the copies of Educure (fourth edition). The completion of the profiling of the scholars was also done and the team had a far-flung discussion with the parents of scholars, teachers, and community members. Moreover, they inducted eight new students and paid their fees for the next term. Additionally, they surveyed the deserving students to take them under the umbrella of IFL. The efforts of the team were colossally praised by the community. Now IFL is facilitating 36 kids.