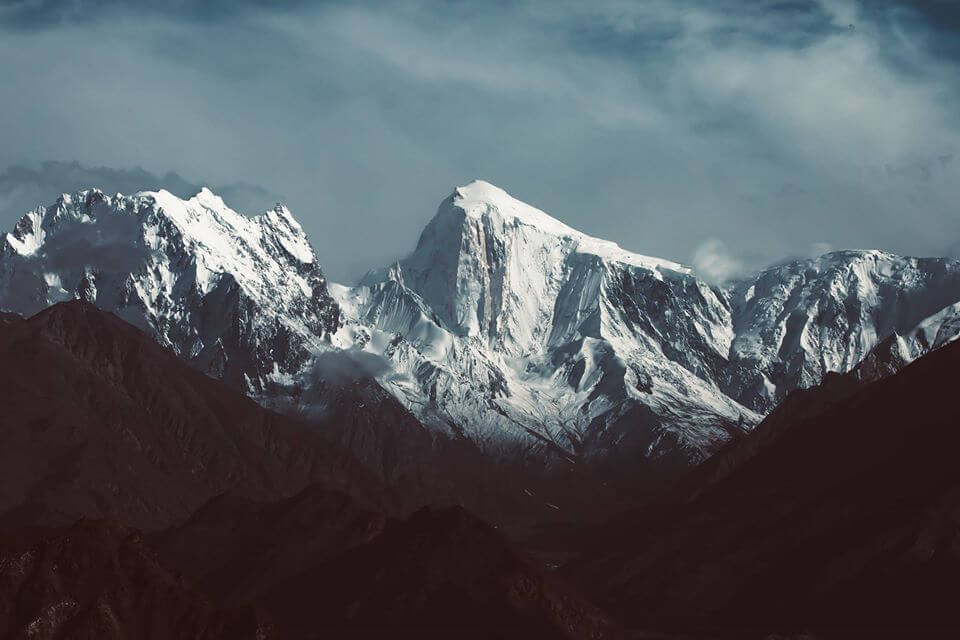 It was a chilly night in late November during the dark ages in the Karakorams. The wind whistled whilst grazing with the bleak limbs of poplars and mulberries. A faint glim flickered in a quaint old house that was built among a
fence of cherry trees. The glim after a short elapse of time came out dangling in a hand of a lofty built and mildly
bearded chap who had wheat skin and a retrousse nose. Haithan then placed the glim beside the water tap and washed his hands. He just had dried apricot soup in his supper. After getting done with the ablutions, Haithan
glided to his room for getting into his slumbers.

He had just solaced in his cozy bed when a hoary groan was heard outside the window. “Haithan, Haithan…”, murmured an emaciated being. Having a potent sense of voice recognition, Haithan quickly slithered out of his bed, “ Ranouk, is that you?”, inquired Haithan and darted off out of his room. On seeing Ranouk, Haithan interrogated, “why on Earth you are gasping like that? Have you been running all day? What has befallen you?”. After being bombarded with the queries, Ranouk asserted, “patience Haithan! First, let’s get inside”, Ranouk grabbed
Haithan’s forearm and heaved him to the room in a state of pell-mell. Both sat on the bed while Ranouk breathed
vigorously. Haithan lit the glim and peeked thoroughly at his face. Ranouk was severely pale supposedly due to
fear and hunger. Haithan, considering his plight, quickly got a bowl of warm soup with some bread. Ranouk
engulfed the viands with hasty jaws and gratified his hunger. “Now tell me, what has happened?”, implored
Haithan. With a pitiable gesture on his countenance, Ranouk began to unravel the tale, “ Haithan…”, in a fading
voice mumbled, “Talasqi (the sage) was right, that darkness is looming over humanity”. Haithan was baffled after hearing that and quizzed briskly, “don’t imply, tell me what exactly you’ve been through”. Ranouk went on, “Haithan, the people in the nearby village are dying of an unseen malady. I also learned that it’s prevailing in other villages too. Haithan, it’s umpteen unbearable to see them withering like flowers scorched under a flaring Sun. Houses, roads, and courtyards are teeming with human corpses”. “Are you in your senses?”, asked Haithan in a
steady fit of alarm.

“The physicians there said that it’s a contagion freed by nature to invigorate herself”, “we have to tell Talasqi”, Ranouk stammered. He stood up and ran out of the room. Haithan remained speechless about this bizarre act of Ranouk. The gravity in Ranouk’s behavior made it clear to Haithan that whatever he blabbered is veracious. “We have to meet Talasqi”, prattled Ranouk while beckoning Haithan to Talasqi’s abode. The sage lived in an
abandoned shepherd hut at the ridge of the mountain backdropping the village. They ascended the mountain
swiftly and reached Talasqi’s shelter. Haithan was about to knock when Talasqi himself opened it stating, “ram in”. They were amazed to see Talasqi without being signaled knew someone was at the door. They made no delay and
told Talasqi about the mankind crisis down there. Pausing for a moment, Talasqi looked at the sky then sighed, “an Apocalypse!”. Haithan and Ranouk turned towards each other in a state of uneasiness. Talasqi again went on, “nature invariably reacts to bring herself into a balanced position”. “For that, it takes a toll of any entity spoiling it, even if those are humans”, maintained Talasqi. “So is there any remedy for stopping this rampage?”, inquired
Haithan with a concerned gesture.

Talasqi discoursed upon, “it’s nature’s play, whenever she feels that she is reviving its stability, everything
becomes normal. We are merely helpless in this scenario. Besides, we can only strive to find the path to
redemption for our misconduct with nature. Greed, intolerance, enmity, pessimism, and snobbery against beings not only humans but also animals have inflicted upon us this wrath. Ever since the inception of life on earth, mankind has suffered for his sins and will suffer in the time to come”. “What do we do now then?”, Ranouk
queried. “Humans direly need to redeem the elements of compassion, harmony, parity, and optimism”, asserted
Talasqi, leaning towards them. Haithan with a perplexity asked Talasqi, “but how shall we prevent ourselves and
fellows from this malady?”. “Those who have shown love towards every other being in their lives will remain
guarded. Remember, nature is now purging evil from earth’s face”, Talasqi, at last, pacified them.