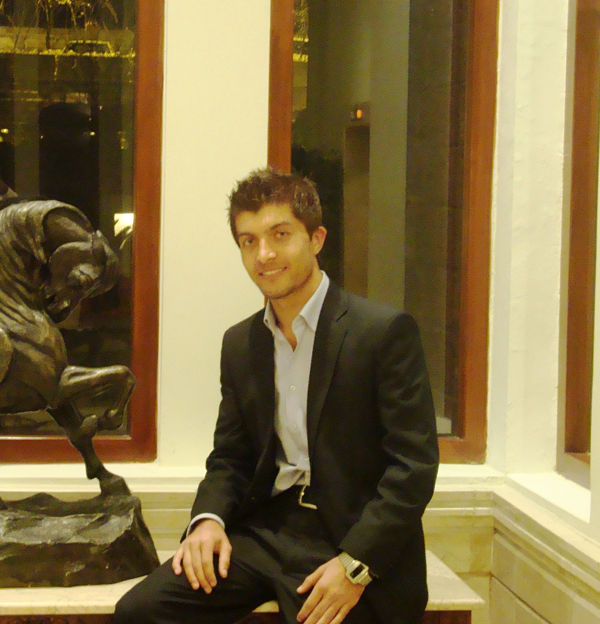 God has given man’s destiny in his own hands and he is the one to sketch it the way he pleases. The story of Mr. Sardar Karim is enough to inspire the youth of Gilgit-Baltistan and Chitral that the backwardness of our areas does not actually restrain us from success; it is our own lack of courage and determination that holds us back. The success story of Sardar Karim is more than an inspiration to our society, giving us the lesson that a man himself is in charge of his future.

He was born in a village in Gilgit. A child like everybody in the high Himalayan valleys of Gilgit-Baltistan, he faced so many hardships, but unlike others, neither did he lose hope, nor he blamed others for the hurdles on his way, rather he kept on struggling… And finally, today he has made himself a shining pearl of Gilgit-Baltistan by becoming the  first person  from the region to receive World Bank scholarship to study at the world’s top academic institute, Harvard University of USA, which is a ‘factory’ of world leaders!.

Starting his primary education (from grade 1 to 5) at Aga Khan Diamond Jubilee School, Chikeskote and then continuing high schooling at Shaheen Boys Model School Danyore, he always remained among the high achieving students in his class. Based on his academic performance, he was attracted by the Aga Khan Higher Secondary School Gilgit, which serves as a ‘magnet’ to all brilliant youth of the region of G-B, where he studied from Pre-9th to 12th. During his time at AKHSS, he managed to achieve four consecutive Gold Medals in KIU Board Examinations. As recognition of his performance, he received Presidential Award (Aizaz-e-Sabqat) for Academic Excellence in 2006. After completing his intermediate education from G-B, the talented youth got successful in getting admission to Lahore University of Management Sciences (LUMS) with a four years’ NOP scholarship (2006 to 2010) and this odyssey to Lahore from the rugged mountains of G-B presented the next phase of opportunities to the young man and he carried on his efforts, setting eyes on the opportunities to be availed. God helps those who help themselves; Mr. Sardar became the first person in the history of LUMS to go abroad for two exchange programmes during the 4 years. Out of hundreds of students, he was selected to represent Pakistan as an exchange student at Waseda University Tokyo, Japan, Fall-2008. And eventually in Fall-2009, he again got nominated for an event at Malardalen University in Sweden. The academic journey of Mr. Sardar ended at LUMS in 2010 with a BSc (Hons.) degree in Economics, and owing to his educational excellence, he was awarded with ‘Deans Honour List Award for earning Academic Distinction’.

After completing graduation, Mr.Sardar had to enter the practical life, which is seen as the beginning of a new journey; the journey to prove oneself as a productive citizen and not a burden on society. It is the part of life when one has to start reaping the fruit of all the inputs one gives throughout his educational career. Mr. Sardar had already got all his productivity levels up to the mark, and now he was a person not to hunt job, but to be hunted for the job! In 2010, he started working with Rural Support Programmes Network (RSPN), Islamabad and works there till date. Before that, he remained associated with various organizations like the State Bank of Pakistan, Aplix Corporation in Tokyo and numerous others. Recently, he has been offered Fullbright Scholarship for 2013-14. At the same time, he has been offered a Joint ‘Japan/World Bank Graduate Scholarhip’ as well, which is awarded to only eight candidates from thousands of applications from 140 World Bank borrower countries from all over the world. In Fall-2013, Mr. Sardar will be attending Harvard University’s John F Kennedy School of Government where he will study MPA/ID for 2 years. And this would be a big achievement for not only him, but for all of G-B. The two-year Master in Public Administration in International Development (MPA/ID) Program is designed to prepare the next generation of leaders in international development. It is an economics-centered, multi-disciplinary program, combining rigorous training in analytical and quantitative methods with an emphasis on policy and practice. Each academic year, a class of about 68 students gets enrolled in this selective program and Mr.Sardar would be one of them, representing Pakistan in world’s most prestigious university.

Sardar Karim’s life starts from the same area to which all of us belong; he experienced the same hindrances, the same issues, the same teaching faculty, facilities, and the same schools where all of us study. But none of those things deter his enthusiasm for success and, as said in the beginning, nobody and nothing can stop you if you, yourself, are determined to achieve something in life. Sardar’s message to the young, talented students of G-B and Chitral is to follow the four principles to have a successful life: ‘Dream high’, as it lets you think fearlessly and gives you a direction to move on, always ‘love your dream’ because it gives you the passion to follow your dream and be not distracted, ‘act consistently’ because that is the only way you can make your dream a reality and finally, ‘give your maximum’ because you don’t have to regret later. With these four principles fulfilled in one’s life, a person drags and bags success in life and destiny runs after him, not he!

It must be noted here that Mr. Sardar Karim is a good-will partner of the Organization for Educational Change (OEC). He expresses his confidence and trust in OEC, and hopes that the organization will play a greater role in shaping the future of the youth of Gilgit-Baltistan.

Sardar Karim was featured on cover of 3rd Edition of Educure Magazine. Read it here.