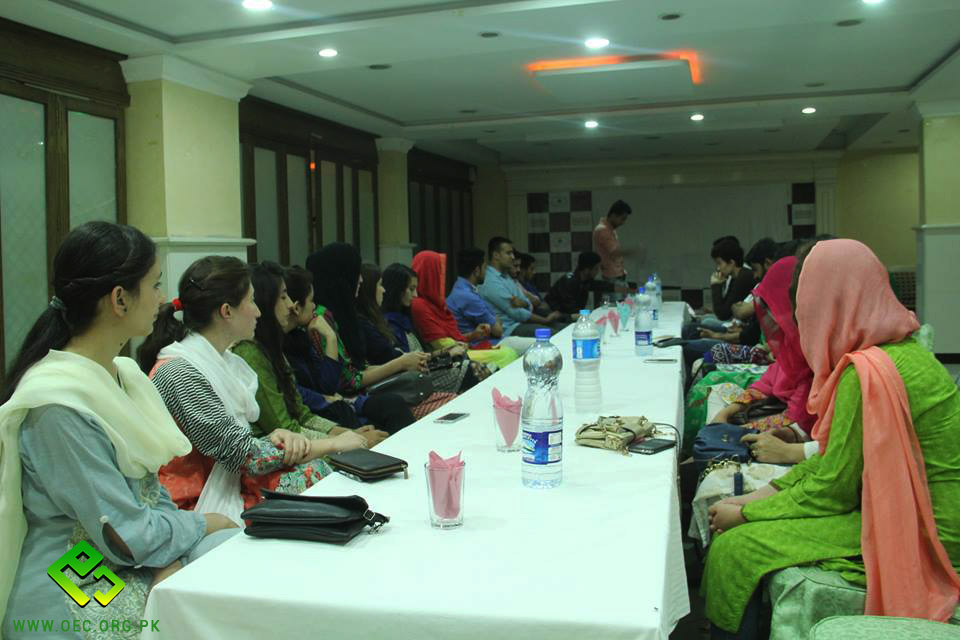 Much awaited orientation ceremony of the prestigious OEC has been held on April 3, 2016 at the Potohar Hotel Rawalpindi. Along with newly appointed volunteer team, the  OEC Orientation ceremony was attended by executive council of the OEC. It was the day to launch the planning of new goals to be achieved in this tenure and to assign the roles and responsibilities to the team members.

The Orientation ceremony started off with the welcome note of the Vice President Mr. Ali Haider followed by the presentation of MR. Naubahar Rafi who is one of the co-founders of the OEC and senior executive member. His presentation provided new team with an insight into the overall structure and working mechanism of the organization. After that another co-founder and former President of OEC Mr.Naveed Shah delivered his talk in which he highlighted the vision and mission of the OEC and discussed several projects which have been done or underway their accomplishment. This was followed by another talk of the Imran Hunzai, Former Vice President and co-founder of OEC, in which he mentioned all the milestones that OEC was able to achieve in the previous tenures.

In the end  of the executive addresses, Mr. Sikandar Baig the newly elected president articulated his plans of executing the projects in his tenure and he briefed about his strategy to take the legacy of OEC to the new heights. The session was summed up by the interactivity of the team members in which they were given an opportunity to know their team mates and develop mutual understanding and collaborative behavior among each other.