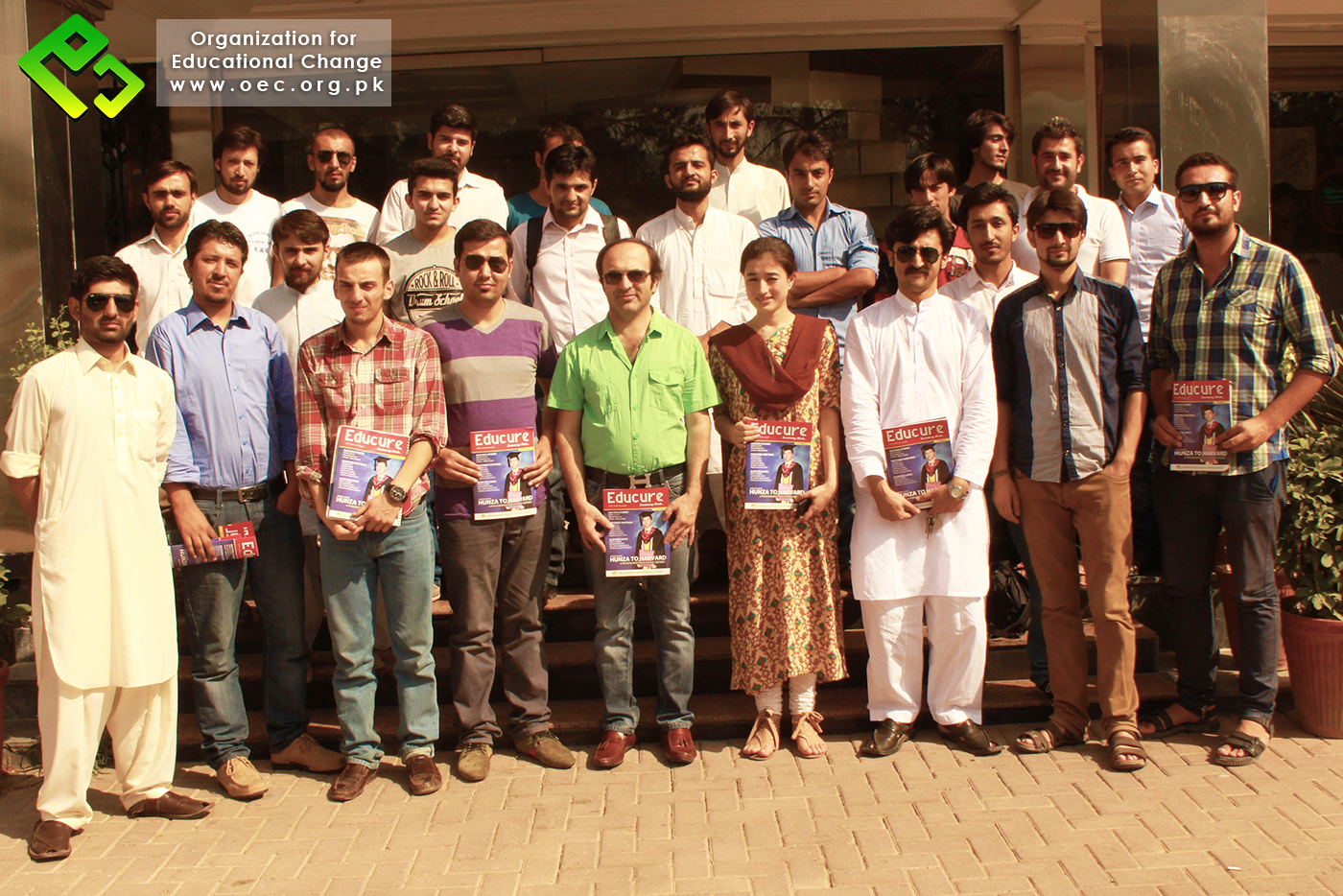 The once in a year Oath Taking Ceremony brings all the members and goodwill partners of Organization of Educational Change on board to review and evaluate its working interventions and on-going OEC projects.

Starting with the recitation of Holy Quran, the event went on to illustrate the key milestones achieved in the previous year.

Mr. Syed Naveed Shah and Mr. Imran Ahmed Hunzai, the outgoing president and vice president respectively, presented the annual report to Monitory and Advisory Council of OEC. Both outgoing executives highlighted the achievements and reviewed the gaps during their tenure. Under their leadership, OEC published its 3rd edition of Educure, a project which is considered as a trademark of OEC since its inception.

In addition to it, OEC conducted Education Expos in Basin, Hashoo Foundation and successfully launched OEC Summer Camp as its 5th project during tenure 2013-2014.

Later on, the Chairman M&A Council Mr. Naubahar Rafi took the oath from Khayam M.Beg and Nelufar Raza the newly appointed President and Vice President. In their address the newly cabinet calls to establish wisdom center/reading room in Gilgit city to pledge the holistic development of youth.

The election of the executive body will be followed by the induction where interested undergraduate students from Gilgit-Baltistan can apply to volunteer for any of the 5 projects. It must be noted that OEC equally encourages female volunteers without and racial, sectarian or regional discrimination.

A dedicated page has already been setup for induction purposes at OEC official website. The new body and project coordinators along with volunteers will be selected within a fortnight.

Kamil Jan Baigal, the founder of GBVM, expressing his views

Review of year 2013-14 being presented. The review included an interactive presentation and a video.

Anubahar Rafi, the Chairman of M&A Council giving his speech.

Syed Naveed Shah, the former President, talking to the audience.